The clergy at St. Brigid Catholic Church have dedicated their lives to the service of others.  The sacrament of Holy Orders affords us so many gifts and blessings. There have been 23 pastors of St. Brigid's. A list of them can be found here. 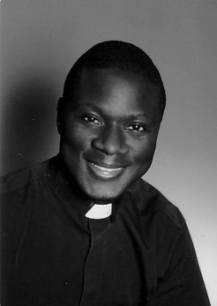 Fr. Denis Ssekannyo came to St. Brigid in 2018. A native of Uganda, he was ordained August 14, 1999. He came to the United States in August, 2003, and earned advanced degrees in Counseling and Education Administration. He has been a priest in the Diocese of Fresno since 2007. 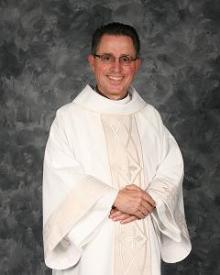 Deacon John Sousa was born in St. Jorge, Azore Islands. He came to the United States at the age of seventeen. He married Maria Costa in 1975. They have three sons: John Paul, Joseph and Albert.  After retiring from Elementary School Administration in June, 2011, he was ordained a Permanent Deacon on January 15, 2011.  He is assigned by the Bishop as the Diocese Director of the Permanent Diaconate Ministry.  He is also active in the St. Brigid Portuguese and Baptism Ministries.

As announced in bulletin

Or by appointment by